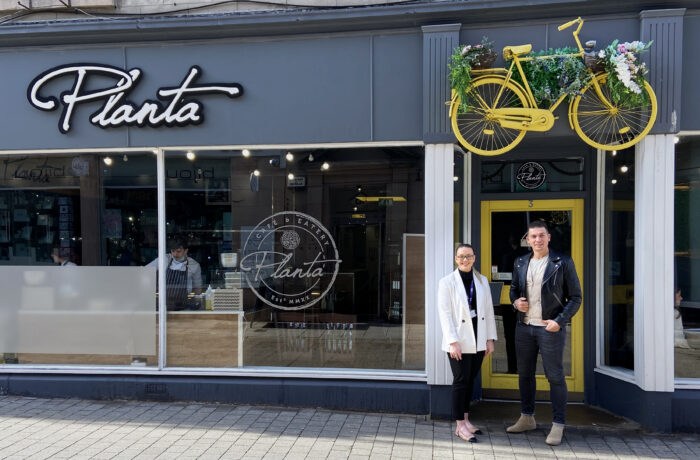 With Kickstart employment support coming to an end this month, alternative regional funding is being highlighted to Moray employers.

The Kickstart Scheme currently provides six months of funding for employers to create jobs for 16-24 year olds on Universal Credit.

However, with no new Kickstart placements after the end of this month (March), local organisations are aware that some employers wouldn’t be able to continue to offer the roles without this vital youth employment support.

MERI is a local initiative where employers can access funding to help employ a young person and they can also access the funding to continue current Kickstart and community jobs placements for a further 52 weeks.

The Scottish Government funds Moray Council to administer the scheme, which is delivered by the Local Employment Partnership Moray Pathways.

It is to encourage employers to recruit young people aged 16-24 who are unemployed or at risk of unemployment, such as school leavers. It offers up to £8,000 for employers who can offer a supported job placement for at least 16 hours a week for 12 months.

One employer who is taking advantage of the scheme is Marius Puscas, owner of Planta café on Batchen Street in Elgin.

Established during lockdown, Planta opened in July 2020 and is an extension of the traditional coffee shop, with an emphasis on fresh, health food.

It employs 16 people, four of whom were recruited through the Kickstart scheme last summer. With the six months of funding support coming to an end, Marius approached DYW Moray to investigate his options.

“I had a chef, a kitchen porter and two members of the front of house team supported through the Kickstart scheme and it’s been a great help.

“None of them had any experience when they joined us, so having the relative luxury of six months of training within the business means I now have people in the team with huge potential to drive the business forward.

“And being able to continue to access support through the MERI scheme is a really important resource.

“It has been a fantastic experience for us, as the progress in these young people, the improvement in their self-confidence and the understanding of their roles has been unbelievable.

Aimee Stephen, Business Liaison at Developing the Young Workforce Moray, has been working closely with Marius since the beginning.

“It is great to be able to highlight this important funding that lets Planta and Marius continue supporting young people enter the workplace,” she said.

“At the moment, there are 62 employers who are using MERI, with 61 jobs being supported by the scheme and another 20 placements having been approved recently.

“It’s open to employers in the public, private and third sector, and they can have up to two trainees a year. All they need to do is guarantee a minimum of 16 hours of employment a week for a minimum of 52 weeks, paying the minimum wage or higher.

“Here at DYW Moray, one of our key aims is to provide more opportunities for young people to be better prepared for the world of work, and lower youth unemployment, and MERI is an ideal way to support that aim.”

Marius continued: “Throughout the hospitality industry, there is a shortage of experienced people and your staff is usually one of your main business expenses. I’ve managed to develop some really strong members of the team.

“We have big plans for Planta. Having now become a licensed restaurant, we’ve been experimenting with evening opening and we’re about to launch a whole new experience that we don’t think is on offer elsewhere in the local area.

“Businesses in the region should be reassured that there is that support with growing their business.”

More information on the MERI can be found at moraypathways.co.uk/meri-strand-1 or you can get in touch with DYW Moray at info@dywmoray.co.uk.